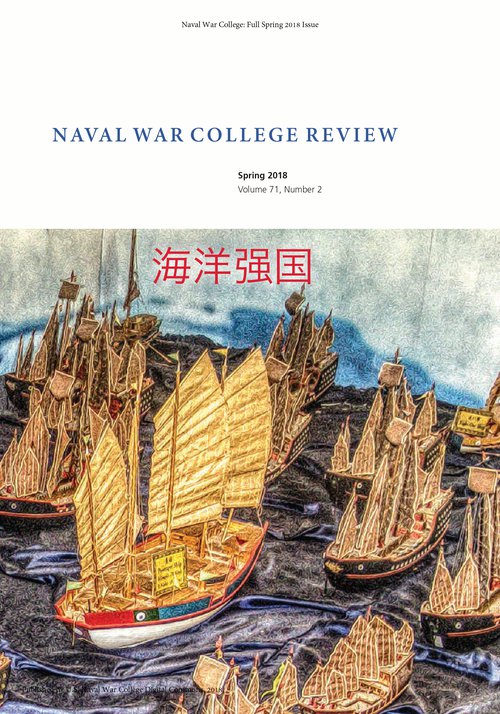 The cover shows the Chinese characters for “maritime great power” superimposed on a representation of the fleet of Admiral Zheng He, China’s fifteenth-century mariner whose expeditions extended throughout Asia and as far as East Africa. China subsequently refrained from extensive maritime endeavors for centuries; recently it has attempted to correct this state of affairs. In “Underway: Beijing’s Strategy to Build China into a Maritime Great Power,” Liza Tobin analyzes what China means by the concept of maritime great power and how it is pursuing that status.