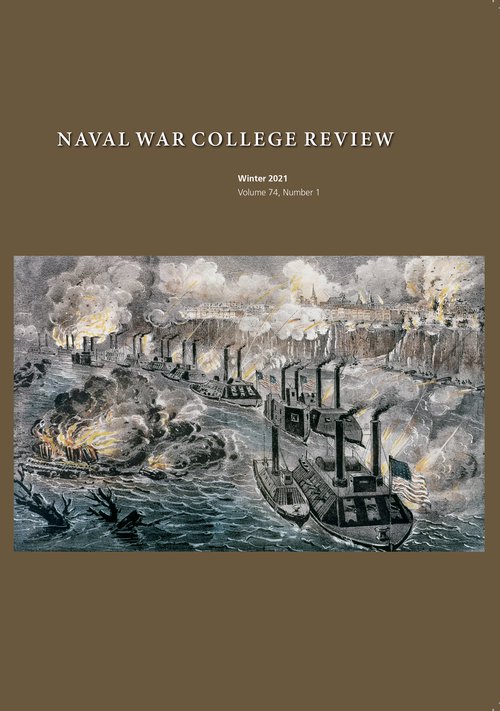 The cover reproduces Admiral Porter’s Fleet Running the Rebel Blockade of the Mississippi at Vicksburg, April 16th 1863, a lithograph published by Currier & Ives, New York, in 1863. In “Theories of Naval Blockades and Their Application in the Twenty-First Century,” Adam Biggs, Dan Xu, Joshua Roaf, and Tatana Olson reappraise as to both theory and practice the utility and continuing relevance of the classic strategy of the naval blockade for gaining sea control or imposing sea denial, given technological advancements in weapon systems, platforms, and communications. 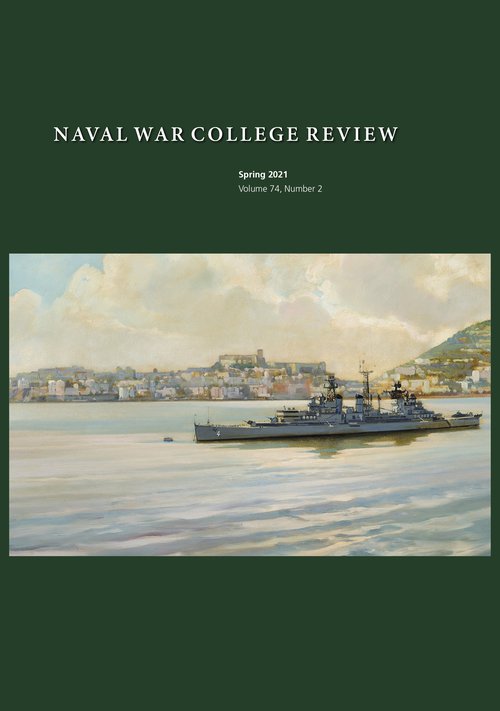 The cover reproduces an oil-on-canvas painting by “Andy,” ca. 1970. In early October 1973, the U.S. Sixth Fleet, with USS Little Rock (CG 4) as flagship, mobilized in the eastern Mediterranean during that year’s Arab-Israeli war, also known as the Yom Kippur War. A Soviet fleet in the same area created a potential for the localized war to escalate, so Chief of Naval Operations Admiral Elmo R. Zumwalt Jr., USN, ordered the American ships to move westward to reduce the potential for provocation. In “The Transformation of the Israel Defense Forces,” Avi Jager traces the challenges and fortunes of the Israel Defense Forces following the 1973 conflict, especially with regard to low-intensity conflict with nonstate actors, and discusses the changes made to its various branches, units, and armaments to operate better in the modern environment. 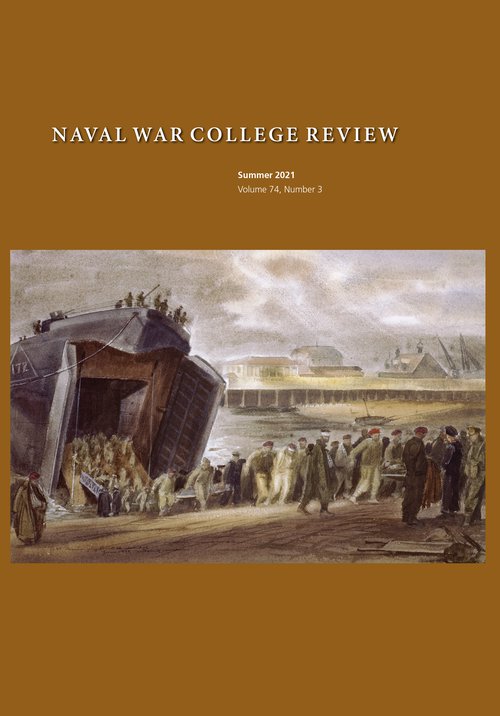 LST Discharging British Wounded, watercolor on paper, by Mitchell Jamieson, ca. 1944, shows a landing craft unloading wounded British Royal Marines at a southern English port during the first days of the Normandy invasion in June 1944. In “The British and the Limitations of Maritime Maneuver,” Geoffrey Till reviews Britain’s experience with the concept of maritime maneuver associated with Sir Julian Corbett, to which many strategists are turning as a means of achieving their ends in an era of intensifying great-power competition across the oceans, examining the costs, challenges, and limitations that must be resolved if maritime maneuver is to fulfill its strategic promise.