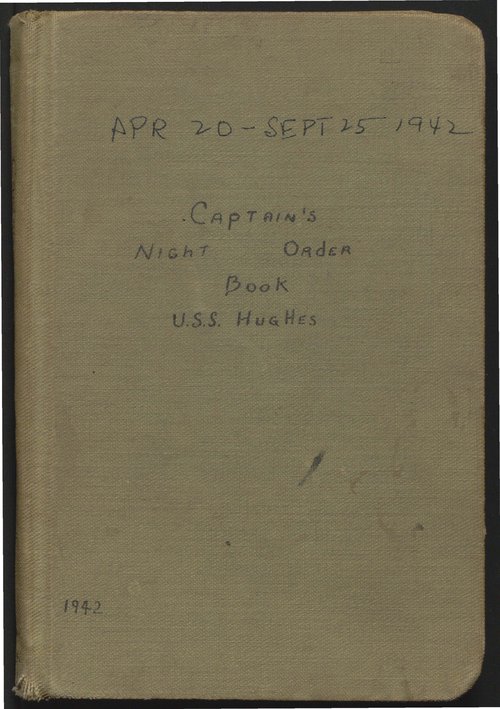 The first six months of World War II in the Pacific were a disaster for the United States and its allies. Japanese forces overwhelmed Allied forces to seize valuable natural resources in southeast Asia and established a defensive perimeter from Burma through the Dutch East Indies and north into the small atolls of the central Pacific.

In the spring of 1942, to extend and reinforce that perimeter, the Imperial Japanese Navy attempted to capture the strategic atoll of Midway. The U.S. Navy capitalized on its ability to read some of the Japanese signals to set a trap for the attackers, culminating at the Battle of Midway. Over the course of seven long days, the USS Hughes, a Sims-class destroyer manned by nearly two hundred sailors, served alongside two heavy cruisers and five other destroyers to protect the vital carrier USS Yorktown from Japanese air and submarine attacks.

The following Captain’s Night Order Book entries chart the experience of one small piece of this epic story, enabling us to see the battle from the perspective of an individual captain and his crew. Capt. Ramsey’s entries will be posted daily for the duration of the battle.

Note that the language used in these logs is raw and unedited, reflecting the prevailing attitudes and prejudices of the time. 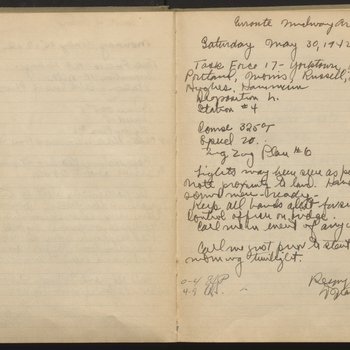 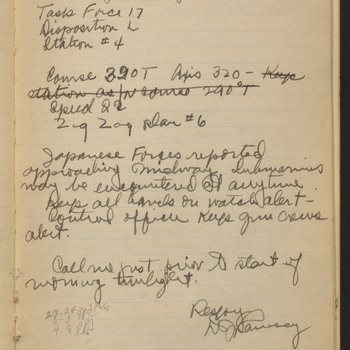 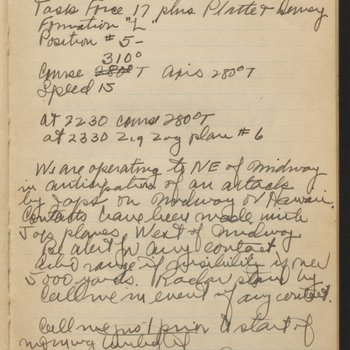 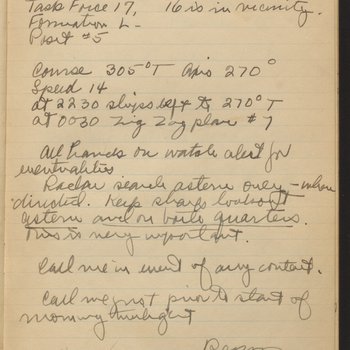 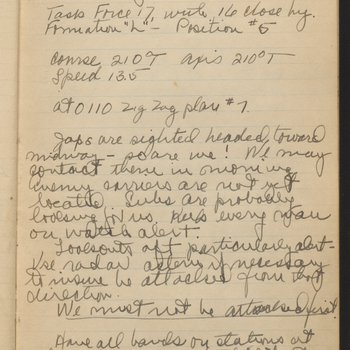 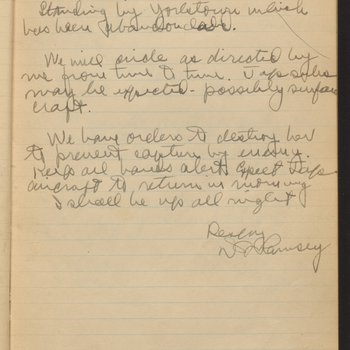 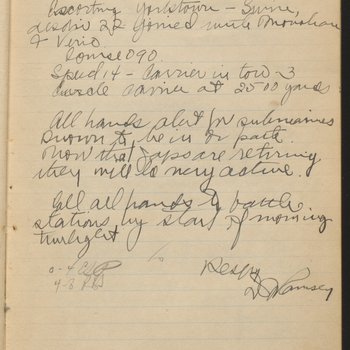 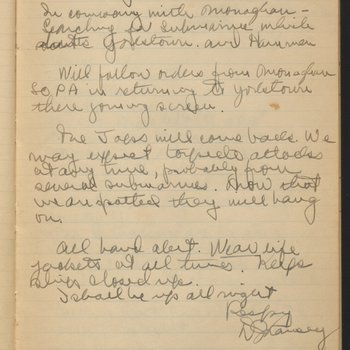 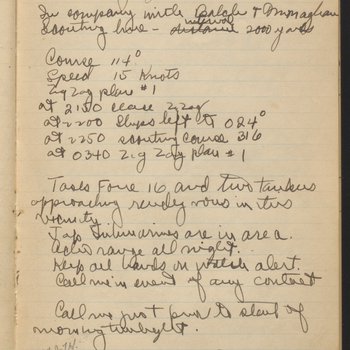