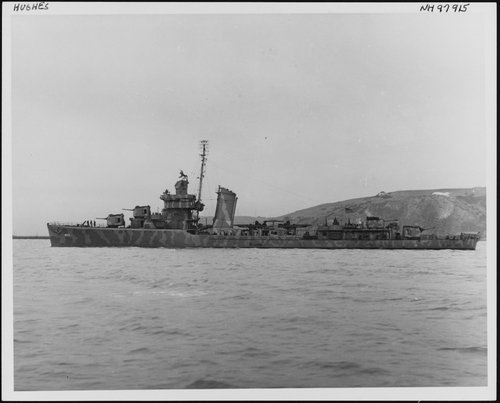 During the 1930s, the US Navy began to build destroyers for the first time since immediately after the end of the Great War. Destroyers had evolved significantly since their creation in the 1890s when they were intended to hunt down torpedo boats. They had evolved into multi-mission ships, capable of fighting surface actions, hunting submarines, and, eventually, providing anti-aircraft defense. The U.S. in particular viewed destroyers as an integral part of carrier task forces, so the new destroyer classes of the 1930s had to accomplish all of these missions despite displacing just 1,500 tons (for comparison, a battleship might displace more than 35,000 tons).

The Sims-class destroyers were part of a series of destroyer classes built by the U.S. in the 1930s, each intended to be an incremental improvement on the last. Armed with a battery of five 5-inch guns, torpedoes, depth chargers, and anti-aircraft weapons, Sims-class destroyers could attain speeds of 35 knots and had a crew of approximately 200 that expanded to 250 during the war. 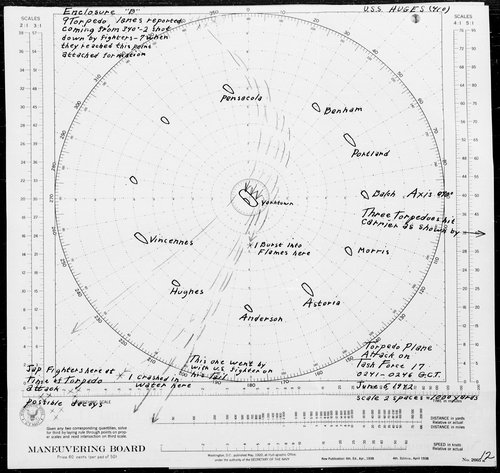 The USS Hughes, like most of her sisters from the Sims-class, served extensively in the Pacific during World War II. Commissioned in 1939, she served in the Atlantic as part of the neutrality patrols to protect American shipping against German U-Boat attacks, but quickly moved to the Pacific as an escort for the carrier Yorktown. The Hughes escorted the Yorktown during the carrier raids in the central Pacific during early 1942, and then accompanied the carrier south that spring in attacks on Japanese positions on New Guinea. The Hughes missed the Battle of Coral Sea while escorting a tanker, but eventually rejoined the Yorktown. At Midway, the Hughes served alongside two heavy cruisers and five other destroyers to protect the vital carrier from Japanese air and submarine attacks.