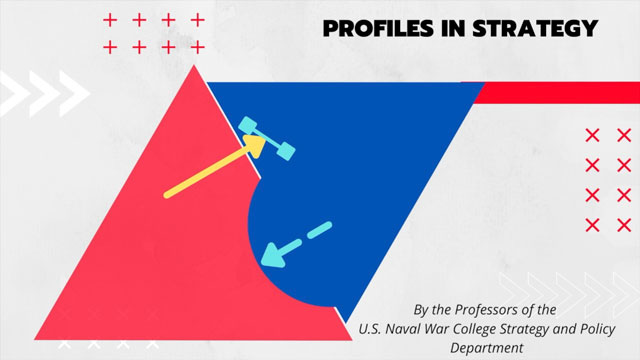 A podcast by the professors of the Strategy and Policy (S&P) Department at the U.S. Naval War College. This series of talks mirrors the week-to-week case studies in the S&P curricula. In each episode four Naval War College Professors discuss and debate strategic questions. We discuss the background for each of the cases, how the theoretical frameworks of strategy and the strategic theorists match the cases and how strategy can best be applied. In each episode we also discuss what these historical case studies can teach us about the contemporary challenges the nation and world face in the strategic realm.

Printing is not supported at the primary Gallery Thumbnail page. Please first navigate to a specific Image before printing.