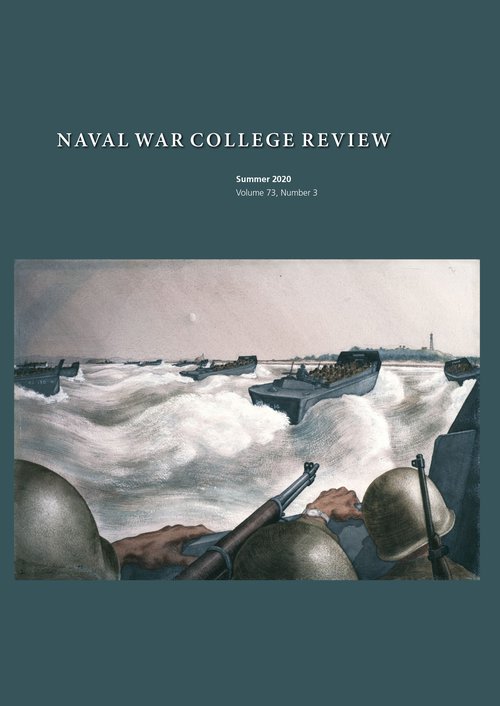 The cover reproduces The First Wave on Japan, a 1945 watercolor painting by Standish Backus Jr. It depicts Higgins boats carrying Marines of the 2nd Battalion, 4th Regiment ashore at Fort No. 2 on the Futtsu Peninsula, Tokyo Bay, Japan. The landing represented the first test of whether the Japanese actually would abide by the terms that had been negotiated or would resist. In “Conditional Surrender: Conflict Termination in the Pacific, 1945,” Richard J. Shuster and Takuya Shimodaira describe the series of developments and the behind-the-scenes efforts that—despite the Allies’ public stance demanding “unconditional surrender” and the stubborn determination of most of the Japanese leadership to fight to the bitter end—led to peaceful surrender and the official termination of World War II in August–September 1945. 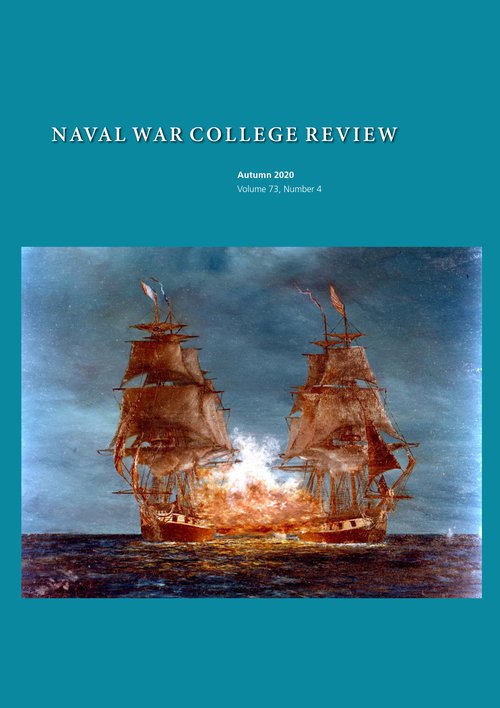 USS Constellation vs. French Frigate la Vengeance, off West Indies, February 1, 1800, by Arthur N. Disney Sr. This was one of many clashes during the complicated international, maritime, and naval conflict known as the Quasi War with France, 1798–1800. In “‘Things Done by Halves’: Observations from America’s First Great-Power Competition,” Benjamin F. Armstrong argues that looking to the maritime past will better prepare our naval forces to address the challenges presented by maritime-security issues, naval irregular warfare, and great-power friction on the world’s oceans.